Layla Moran MP, chair of the APPG on Coronavirus, said on Thursday, “We are concerned that the government’s approach so far has not worked and has left the UK mourning one of the highest number of lives lost to the pandemic, while at the same time bracing for one of the deepest recessions in its aftermath. 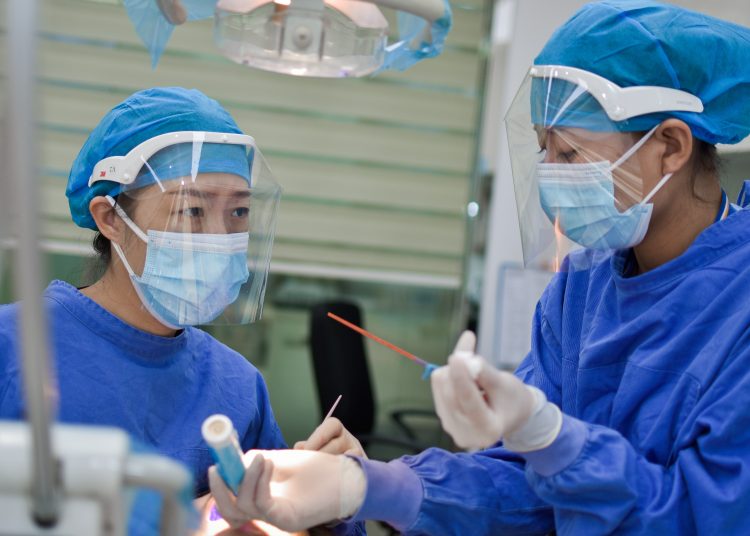 On Thursday, 3 December a major report was released containing recommendations gathered through the work of the all-party parliamentary group (APPG) on Coronavirus.

The APPG was set up in July to conduct a rapid inquiry into the government’s handling of the pandemic.  Its purpose was to ensure that lessons are learned and to issue recommendations to the government ‘so that its preparedness and response may be improved in future’.

The APPG has heard from 65 witnesses in over 200 hours of live evidence sessions streamed on social media, and received just under 3,000 separate evidence submissions, since it launched its inquiry.

It concludes that the government’s core argument that there is a ‘balance’ to be found between the country’s health and wealth has led to the UK having among the highest death tolls per capita and the worst predicted recession.

Caroline Lucas MP, vice-chair of the group, says that this report is the first comprehensive assessment of the UK government’s handling of the pandemic, and consists of over 40 recommendations which will be delivered directly to the prime minister. From the failure to protect the elderly in care homes, to the over-centralised, outsourced and ineffective test, trace, isolate and support system, the report will make clear the government’s mishandling of the pandemic.

One criticism is that the government is ‘gambling with the UK’s future’ by relaxing restrictions over Christmas, risking a third spike in the New Year.

To avoid this the report recommends the adoption of the Covid-secure plan, which is the exit strategy that will protect both the health and the wealth of the UK.

The Covid-secure plan is the only viable proposal to protect the health and wealth of the UK. It is supported by scientists, health professionals and politicians from across the political spectrum. The Covid-secure plan is the exit strategy to avoid continuous lockdowns and school and workspace closures ahead of a vaccine or other protective remedy becoming available.

Warnings and recommendations from APPG members

Layla Moran MP, chair of the APPG on Coronavirus, said on Thursday, “We are concerned that the government’s approach so far has not worked and has left the UK mourning one of the highest number of lives lost to the pandemic, while at the same time bracing for one of the deepest recessions in its aftermath.

“The Pfizer vaccine being approved is certainly promising news, but the government can’t take its foot off the peddle as vaccines are approved. Our cross-party inquiry has clear evidence that we need a long-term exit strategy for a Covid-secure UK that suppresses and controls Coronavirus properly before rolling out vaccines.

“Our message to the prime minister is that without a proper long-term exit strategy, relying on a tier system we know doesn’t work and waiting for enough people to be vaccinated will only lead to a likely third spike and lockdown in the New Year.”

Dr Philippa Whitford says there has been an obsession with the number of tests and not the quality. It is essential we get test and trace working. It’s going to be difficult with the winter and it’s unlikely that the current approach will prevent another lockdown after Christmas.

Others say it is deeply worrying. Rates were down over the summer in most places, but they dropped their guard and did not talk about schools or universities. Neither was there full facemask control.

80 per cent vaccination is needed for herd immunity. This will take some time as we are sending mixed messages about when we can take our foot off the accelerator.

We do not know if the vaccines stop people being spreaders and the UK government claiming the vaccine was a UK success undermines trust.

Martin McKee CBE, Professor of European Public Health, London School of Hygiene and Tropical Medicine, added: “News of the Pfizer-BioNTech vaccine gives grounds for optimism in the long-term that we will be able to protect people from the serious consequences of Covid through vaccination.

“It is right that the government starts preparations for the rollout, but we mustn’t forget that achieving sufficient immunity in the population through vaccination is still a long way off.  The virus is still not under control in the UK, let alone supressed.

“The Covid-secure UK plan offers an achievable way forward while we wait for widespread vaccination. The government must continue to strive for suppression of the virus within the country and to put in place measures that minimise the risk of imported cases.

“Supressing the virus in the UK by following the Covid-secure UK plan and catching new cases at international borders is the best way to protect the health and wealth of the UK as we prepare for the rollout of any approved vaccine.”

Highlights from the report

–  Why the centralised and outsourced test and trace system operating in England has failed.

–   Why isolation is having a devastating impact on those in social care.

–   Why the government should launch a national registry to count the number of people living with long Covid in the UK and spearhead global efforts to research long Covid.